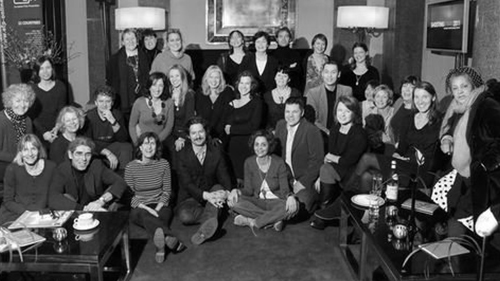 In 2000 she returned to Istanbul and established her own Casting Director agency under her name. In 2009, she joined International Casting Directors Network (ICDN), which is affiliated to European Film Promotion (EFP).  In 2012, she became a member of TURSAK (Turkish Foundation of Cinema and Audio-visual Culture and she acted as jury member in TURSAK Best Script Competition. In the same year, she received an invitation from CSA, the world’s biggest Cast Directors Network whose headquarters are located in the USA and became one of their first international members.

Four-semester participation in Yekta Kopan’s writing and reading atelier led her a journey on authoring. At the end of this period they prepared a collective project. This project evolved to a story dictionary named “İpekli Mendil” and is published by Can Yayinlari in December 2014. She directed a short film inspired by Yekta Kopan’s story ‘Elephant Graveyard’, which was selected for Cannes Film Festival Short Film Corner. She continued her education in every subject which she believes will contribute to her work and became a leader of Louisa Hay’s “Heal Your Life” workshop.

Since 2011 she is conducting seminars and workshops based upon experience with the title of “Bu Rol Senin” and explaining the essential tips on casting. In May 2016, her book “Bu Rol Senin” is published by Destek Yayinlari. She acted as jury member in the national competition in Antalya International Film Festival 2016. She became the American Academy member and got the Best Casting Director awards from Locarno Film Festival in 2017.